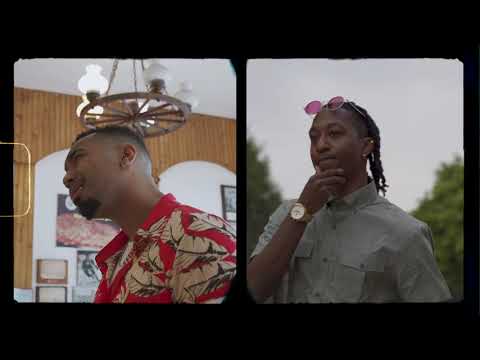 This rising duo performs outstanding music that has a strong cultural message. City of Gods, a modern Hip Hop music piece is really making an impact. Have you heard of it yet?

#hiphop #music #rap #Rapmusic #music
City of God (produced by Casket:Jones) is about the crab in the bucket mentality of Toronto. The topic and themes are an expansion on critically acclaimed Brazilian crime film “City of God” and its tagline “If you run, the beast catches you; if you stay, the beast eats you”, meaning “If you try to run from hood, the hood holds you back; if you stay, you become a hoodlum like everyone else”. Yasuke and KitKat Fuego both narrate the story in the roles of the two main characters Benny and Lil Zé (KitKat Fuego portraying Lil Zé and Yasuke portraying Benny).

Raised in Scarborough (The most eastern sector of Toronto, Canada) Tahir Grant Jr. is the conduit of his upbringing and his hometown. His stature mirroring that of an NBA player and his ability to effortlessly switch between his native English & self-taught Japanese while rhyming has garnered him the name “Yasuke” (formally known as Tahir). Yasuke was a samurai of African descent in feudal Japan who was in fact that first Non-Japanese warrior to become one. Gaining notoriety via social media footage of himself rapping fluently in Japanese. Tahir’s fans began to call him Yasuke, to which he fully embraced.

Born and raised in Scarborough, Ontario, newcomer KitKat Fuego (born Brandon McGhee) got his start in music almost accidentally. Closely observing his jazz musician brother who became a producer/engineer for upcoming talent. Simultaneously, KitKat was immersed in downtown Toronto, a different scene than he was accustomed to, where he began creating graphics for Toronto artists. KitKat then joined along Japanese/English rapper Yasuke, and up-and-coming producer Casket:Jones to form the collective Cruxi$. Through Cruxi$, standing for God, myself and money, KitKat found a family that shares his love of hip-hop.